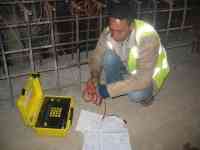 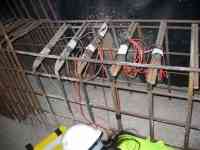 As part of the major redevelopment of Rabat, capital of Morocco, part of the road improvement scheme included a dual carriageway passing right beneath Rabat’s most historic building, the Oudayas, including a medieval fort. The fort needed to be supported on a ring beam cradle, in turn bearing on bored and driven piles before excavation for the tunnel beneath could start just a few metres below in friable sand stone.

Clearly a huge structural risk existed to the historic building during the under-mining process as the stone-built fort would start to deform and crack should it not be equally supported by its cradle allowing for deferential movement.

The project designers allowed for instrumentation to monitor the performance of the building during the works, including inclinometers, piezometers, a settlement system and biaxial wallmounted tiltmeters for the building as a whole. Also incorporated were crackmeters across existing cracks, pressure cells within the excavation supporting walls and strain gauges monitoring steel tie-bars installed to hold the internal walls together.

Vibrating wire piezometers, crackmeters and pressure cells were specified along with electrolevel tiltmeters. For the settlement monitoring, the designers envisaged a hydraulic settlement cell system, with 20 building settlement points referenced to datum points located on the western mostvtower considered to be outside the zone of movement.

Due to costs and the inherent sensitivity of hydraulic settlement systems to temperature variation, itmsoil proposed the use of a continuous chain of electrolevel beams again referenced to the western tower. This provided not only a more thermally stable monitoring solution, but also more detailed movement information by effectively monitoring at 58 mounting points instead of the proposed 20 points, also significantly cheaper than the hydraulic system.

All instruments were connected to a central automated datalogger, with data automatically processed and displayed within itmsoil’s I-Site software, which was programmed to generate text messages when defined movement parameters were exceeded.

Contractors Pizzarotti obtained approval for the system and proceeded to purchase in April 2008 with instrument installations starting in April 2009, principally carried out by itmsoil’s Moroccan agent, Sygeo, after initial installation training from itmsoil.